Our scientists from the PLASAR group developed a method for synthesis of two-component Ag-doped ZnO nanoparticles. The nanoparticles were analyzed in detail with the help of colleagues from the Vinča Institute near Belgrade. It was shown that Ag ions are incorporated into the crystal lattice of ZnO nanoparticles mostly on their surface, which is very suitable for photocatalysis. 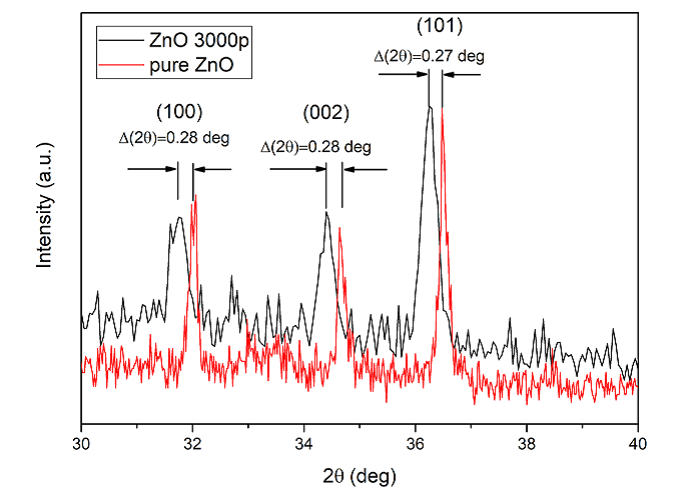 Figure 2: The shift of Ag-doped ZnO XRD peaks with respect to the pure ZnO peaks.

From the shift of the XRD spectra of pure and Ag-doped ZnO nanoparticles, it was shown that the crystallite size decreases from 49 to 23 nm when ZnO nanoparticles are doped, and the lattice constants a(100) and c(002) increase from 3.23 and 5.17 to 3.25 and 5.21 Å, which is expected because the ionic radius of silver is greater than that of zinc (silver ions substitute Zn ions in the crystal lattice). 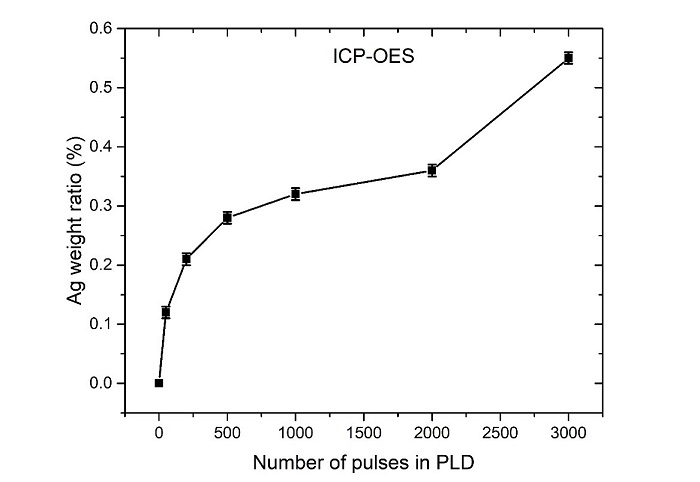 Figure 3 shows how the proportion of Ag in ZnO nanoparticles is changed with respect to number of pulses used (thin film thickness) in pulsed laser deposition of Ag on ZnO substrate. 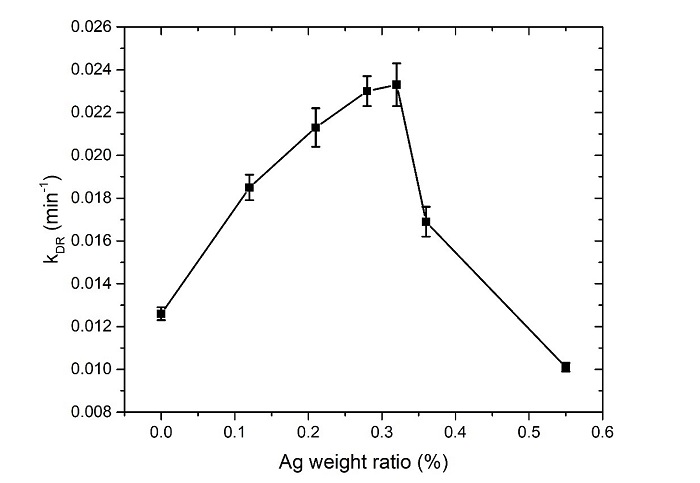 The largest photocatalytic efficiency is obtained by using ZnO NP doped with 0.32 wt.% silver, with an MB photodegradation rate twice larger than in presence of pure ZnO NP. The photocatalytic efficiency is improved by silver doping due to its favorable impacts on photocatalysis, like decreasing the recombination rate caused by inducing energy levels in the ZnO band gap, which acts as charge carrier traps and activity of ZnO is evident, implying good effectivity of silver as a doping material.