Signing of the KaCIF project Contract

On Monday the 28th, 2018, a Contract was signed in the Ministry of Science and Education, according to which the sum of 39,558,639.75 Hrk is awarded to the project “Cryogenic center of the Institute of Physics – KaCIF” within the “Operational Programme Competitiveness and Cohesion 2014.– 2020“, financed by the European Regional Development Fund.

The KaCIF project will be carried out at the Institute of Physics, and it will strengthen scientific research and development capacities by improving the present and developing new techniques for investigations of materials in extreme conditions, which are used in condensed matter physics in both basic and applied studies. By modernization of research infrastructure and employment of scientists, PhD students and postdoctoral researchers, using new Institute’s laboratories for their studies, the organizational reform of the experimental condensed matter physics at the Institutes of physics will be completed. KaCIF project will directly contribute to the enhancement of quality, scope and relevance of the research activities in low-temperature physics at the Institutes of physics. In the same time, the KaCIF project will be a platform for strengthening the industry motivated scientific investigations in the Republic of Croatia through innovations, technology solutions for industry, patent applications and spin-off initiatives in cooperation with industry partners.

The KaCIF project has been submitted to the Call „Investment in organizational reform and infrastructure within the research, development and innovations sector”, KK.01.1.1.02, launched by the Ministry of Science and Education on May the 8th, 2017 within the Priority axis 1, Strengthening of the economy by means of research and innovations, Specific target 1a1, The enhanced capability of the research, development and innovations (IRI) sector for performing the top quality research and accommodation of the real sector needs “Operational Programme Competitiveness and Cohesion 2014.– 2020“, financed by the European Regional Development Fund. The signing of the contract ensures the KaCIF project 39.558.639,75 kunas of non-refundable funds.
Ministry of Science and Education has allocated additional one billion Hrk from EU funds for state of the art equipment and scientific infrastructure, and within the ceremony of the KaCIF project signing, 16 more contracts with other scientific institutions have been signed.
The ceremony of the signing of the KaCIF project with the Minister of Science and Education prof. dr. sci. Blaženka Divjak was attended by the Director of The Central agency for financing and contracting of the European Union (SAFU) Tomislav Petrić, Minister of State in the Ministry of Regional Development and European Union funds Spomenka Đurić, the director of the Institute of Physics dr. sci. Marko Kralj, former director of the Institute of Physics dr. sci. Slobodan Milošević, and the representatives of the KaCIF project team – KaCIF project leader dr. sci. Nikolina Novosel and the Project initiator dr. sci. Mladen Prester. 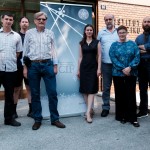 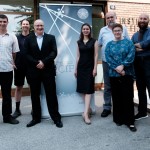 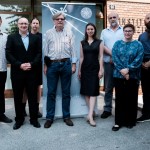 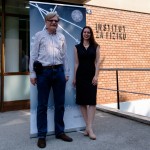 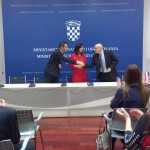 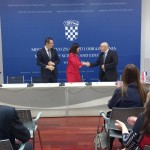 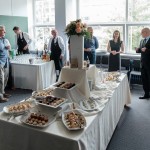 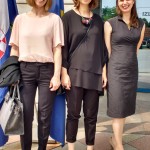